Am I Drinking Champagne, Sparkling Wine or Prosecco?

Champagne. The drink of celebration, New Year's Eve and boozy brunches.  But did you know that the bubbly you are sipping in your mimosa is likely not "champagne"?  I didn't know this until I was in my mid-twenties, and to be honest, never paid attention to the fact until my consumption went up ten fold during my lavish Singapore lifestyle.  Champagne is actually a type of sparkling wine - but not all sparkling wine can be called champagne.  Confused you yet? Read on and I'll hope to clarify...

If you are ever unsure what type of bubbly you are drinking, you can at least be confident that you are having a sparkling wine.  Any wine with a bunch of carbon dioxide in it (making it - surprise - bubbly) is considered a sparkling wine.  Champagne, Prosecco, Cava, etc - they all fall under this umbrella term.  But that is where the similarities between these varieties end.  Sparkling wine is further defined by where it's grapes come from and the method in which it was produced. It is typically either white or rose, but some wineries do produce sparkling red wines (personally I've never liked this variety but I've had friends rave over it!). As I'm sure you know, it is served best chilled in a long-stemmed glass.

Champagne is the creme de la creme of sparkling wines. Made from pinot noir, pinot meunier and chardonnay grape varieties, you can only call a bottle of bubbly Champagne if it came from the Champagne region in France under specific appellation laws (an appellation is a specific geographic location which identifies where the grapes for a wine came from).  It goes through a process called Methode Champenoise, which is a long, complex and labor intensive process. I won't go into the details (mainly because its too detailed and, honestly, I don't really care) but if you're interested google the term.  Anyways, the combination of limited source and intense processing is what makes champagne so expensive and so tasty!  Famously known for pairing well with oysters, it also goes well with fried starters (chips are delicious with it!), sushi and savoury cheeses.

Ah, prosecco - the affordable form of sparkling wine. While its bubbles to do not last as long, and it is a bit sweeter on the palate, prosecco is still a worthy substitute when your wallet can't support the heafty price a bottle of Champagne can run you.  Originating from the Veneto region in Italy, prosecco is mostly made from Glera, or prosecco, grapes.  It is processed using the thank method, which is much more affordable then the Methode Champenoise process. Interestingly enough, prosecco is now the top-selling sparkling wine by volume with sales 75% higher than Champagne, according to the Associated Press (AP). That's not the end of the story though.  Given champagne's higher price point, it produces almost 5 times as much revenue, says AP.

Regardless of its revenue share, I am still a big fan of prosecco.  The Italians did the world a huge favour by allowing the masses a peak into the world of bubbly - I for one thank them!

My first experience with Cava was a rather embarrassing one during my honeymoon. Keith and I had just checked into our hotel in Portugal and decided to head down to the pool bar for a drink.  I walked up and confidently asked for a glass of prosecco (as I now knew the difference between champagne and prosecco, I felt rather posh ordering my drink).  I will never forget the look of confusion and disgust on the bartenders face, thinking "ugh, I have to deal with another overconfident, stupid American".  I soon realised that not only did he have no idea what prosecco was, but given I spoke no Portugese, I had no idea how to order my drink.  I proceeded to act like a monkey doing charades, pointing at glasses and trying to get the idea across that I wanted a sparkling wine. I have a feeling he knew what I wanted long before he actually got me the drink.  When he finally handed over the glass of bubbles he said just one word - Cava.  I will never forget that, when in Spain (or the country over), order the Spanish version of sparkling wine.

And that is just what Cava is - a sparkling wine of Denominación de Origen (DO) status from Spain.  It is quite similar in price to Prosecco, produced the same way as Champagne (méthode traditionnelle) and mainly utilises Macabeo, Parellada and Xarello grapes. 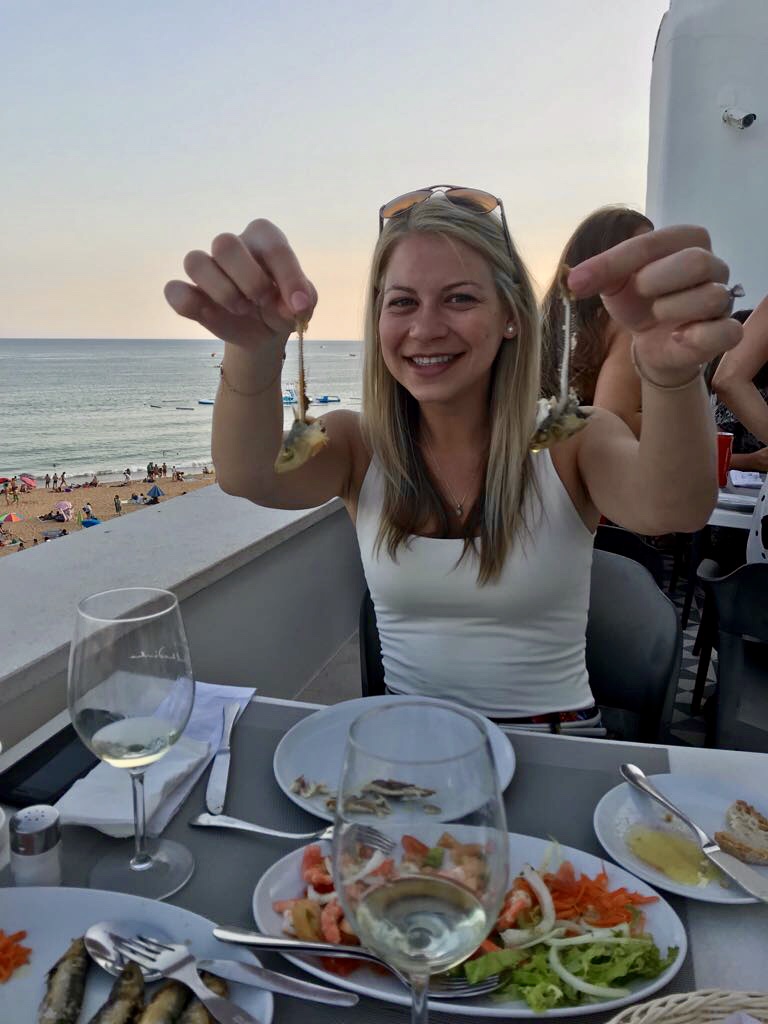 Congrats! Your subscription was a success, get ready for some great recipes to come your way!

There was an error while trying to send your request. Please try again.